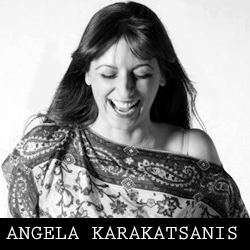 Born and raised in Pittsburgh, Pennsylvania, the daughter of Greek immigrants, Angela grew up developing her creativity and love for Art. Graduating from Duquesne University in 2005 with an M.A. in Corporate Communications, Angela started her television production career in Pittsburgh and entered the crazy world of freelance production. After 6 years of work in Pennsylvania, she and her now husband relocated to Washington, DC, to advance their respective skills and careers.

Beyond an amazing ability to keep the huge volume of animation and visual effects (VFX) needed for PROJECT: ICE organized and moving forward over the many months required, Angie could always be counted upon by the producers and her colleagues to bring an endless supply of smiles, laughter and good cheer to the thousand conversations, meetings, reviews and critiques to which she contributed.