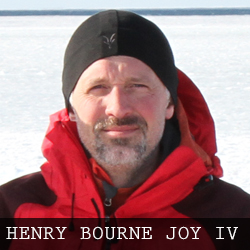 As an Interlochen Arts Academy graduate, Henry went on to pursue his love of film and photography at Brooks Institute of Photography, receiving his Bachelor of Arts in Cinematography.

Henry was especially proud to be involved in Project Ice as his great great grandfather was instrumental in the construction of the Soo Locks.